Nothing tastes better with a steaming cup of coffee than a campfire breakfast. This recipe piles shredded potatoes, brisket, cheese, and veggies into foil packets, which can double as plates on camping trips. Bring plenty of eggs to add to the hash, and don't forget to drizzle with your favorite flavor of BBQ sauce. 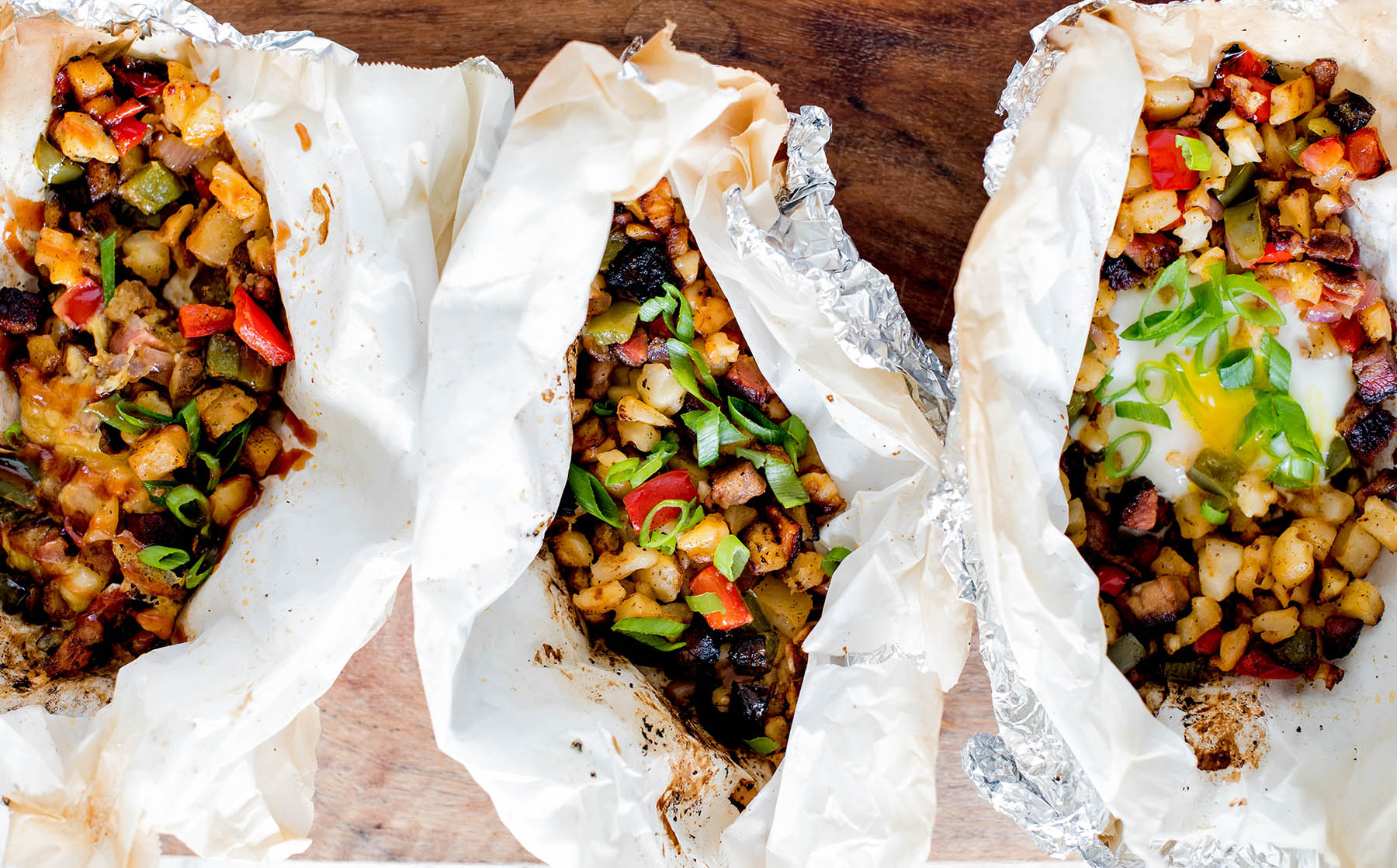 Preheat your grill to medium-high heat; somewhere between 425°F and 450°F.

To seal foil packet, roll the sides in and then roll down the top. You want to leave a little room so you can shake the packet as it cooks.

Add shredded cheese (no need to re-seal) and let the cheese melt.

If adding an egg, gently fold back the edge of the packet and scoot the hash to the outside. Crack the egg right in the middle and cook for about 3 minutes. It cooks fast, so watch carefully.

Serve with scallions and a drizzle of Head Country Bar-B-Q Sauce. Enjoy!