This casserole-in-a-skillet is packed with all your favorite comfort-food flavors, from cornbread to BBQ chicken to two kinds of melting, bubbling cheese. Top with plenty of sliced green onion, and serve with sweet tea. 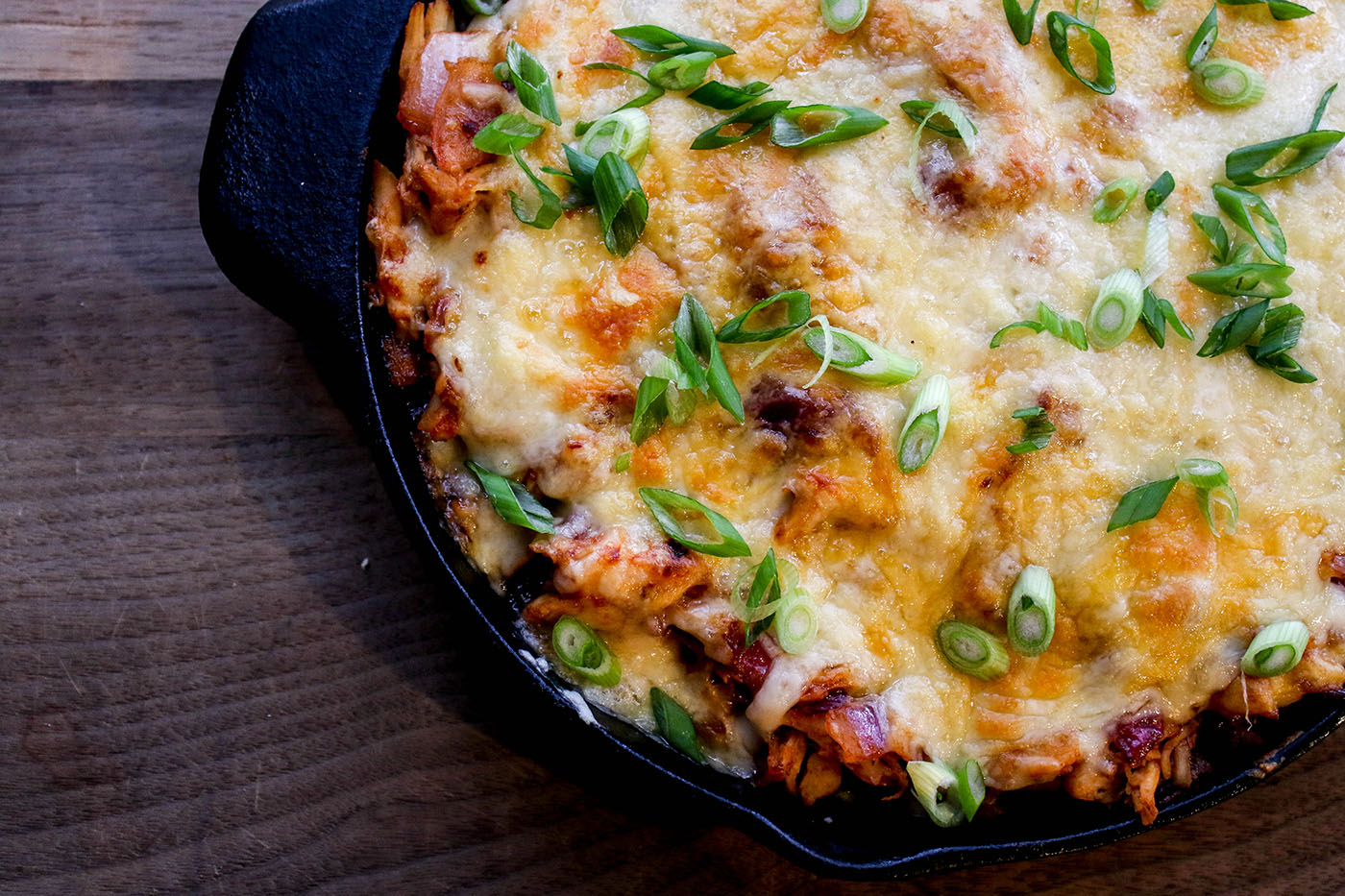 Poke entire surface of cooled cornbread with a fork, then pour remaining 1/3 cup Head Country Bar-B-Q Sauce over the cornbread. Add the meat mixture and top with both cheeses. Cover with foil and bake until the cheese is melted, about 20 minutes. Remove foil and broil until cheese begins to brown, about 5 minutes.

Featured in:
Our Ultimate List of Fall Recipes: Oven, Grilling, Slow-Cooker, and Instant Pot Recipes
You need to make these 15 BBQ recipes in your cast iron cookware