These rich, flavorful carnitas braise in a slow cooker while you're at work. Simply crisp under the broiler, throw out a stack of steaming tortillas and taco toppings, and dinner is ready in minutes. 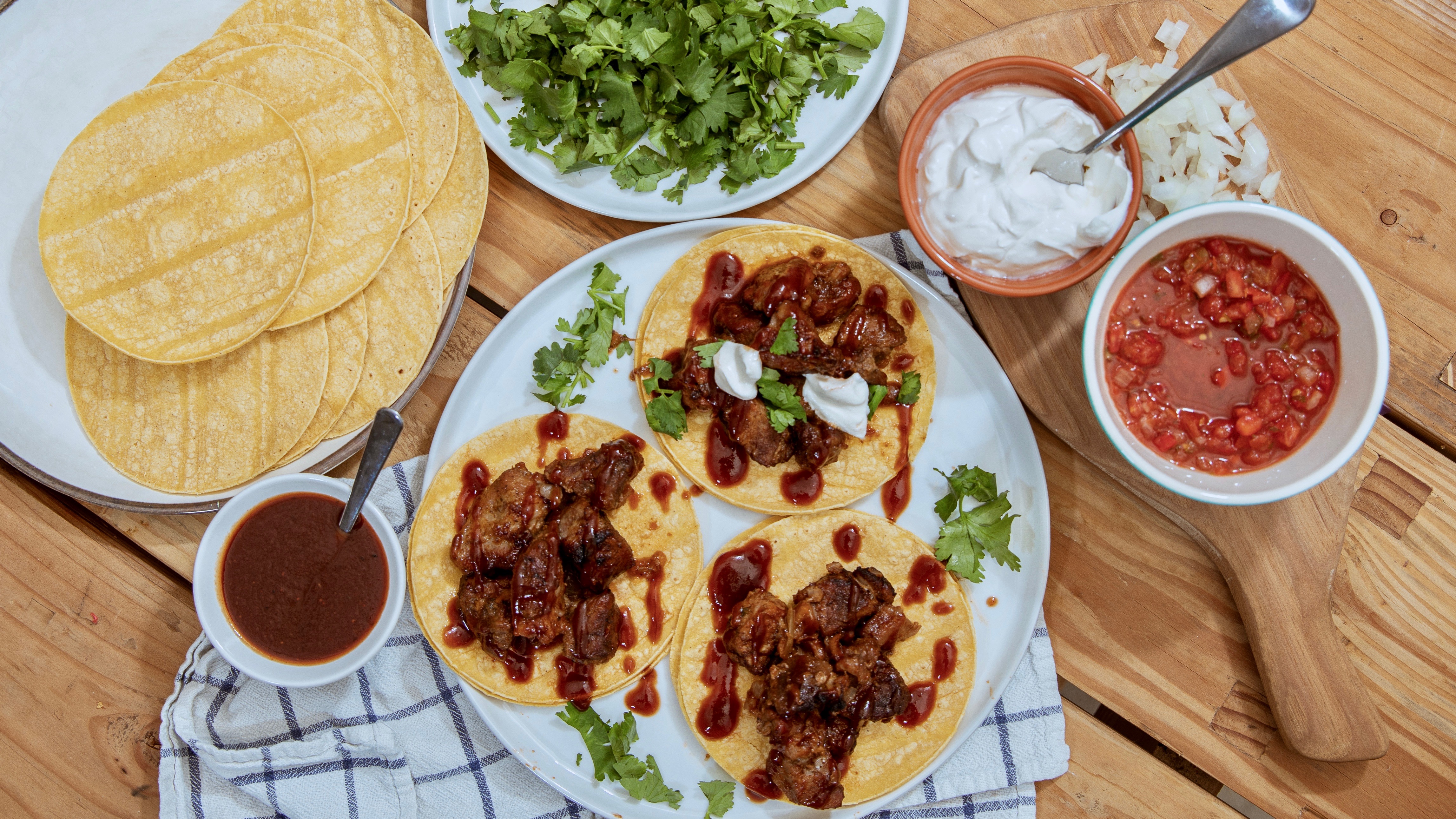 Cook the meat mixture on low for 6-8 hours. (Instant Pot version: Prepare as described above, seal the Instant Pot, and turn to manual or meat setting for 45 minutes. Allow pressure to release naturally for 15 minutes, then release any remaining pressure using the release valve.)

Carefully scoop meat cubes out of the slow cooker and onto a foil-lined baking sheet or baking pan. Make sure the cubes are in a single layer; if not, do the next step in batches.

Top warmed tortillas with carnitas (a bed of greens is delicious, too, if you need to substitute in place of tortillas). Top each taco with cilantro, onion, and a generous drizzle of Apple Habanero sauce. Serve. Enjoy!