On the rare occasion that it's just too cold to smoke or grill (a true rarity, in our opinion, but it does sometimes happen), these slow cooker ribs are an easy way to feed a crowd with just 5 minutes of prep time and 8 servings. The juices from the ribs in this slow cooker ribs recipe are combined with our BBQ sauce to make a baste/glaze that is deeply flavorful and satisfying on frigid nights. 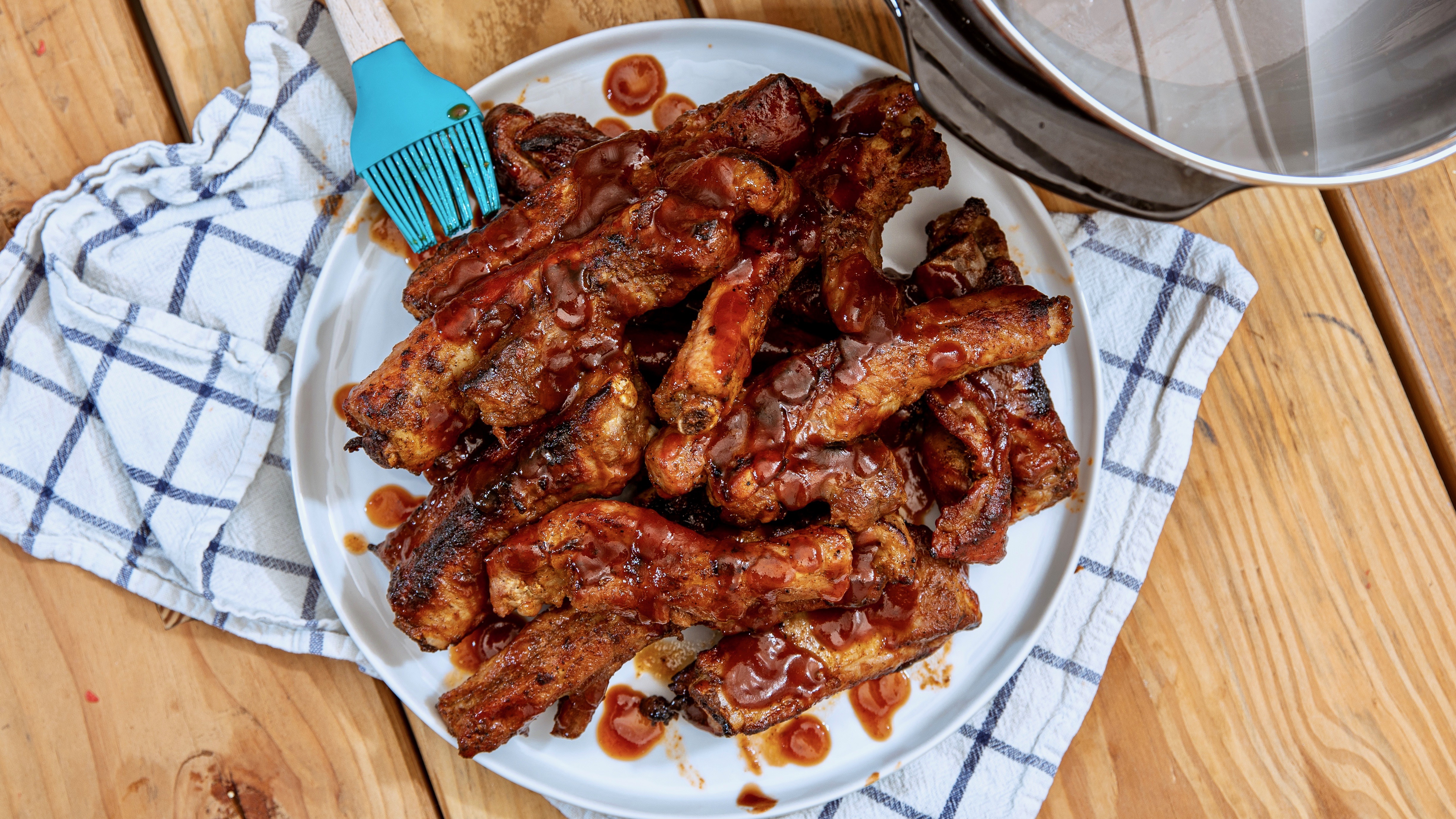 Baby back rib racks, 3 pounds (or 2-3 racks—can also be used for St. Louis-style spare ribs, 3 pounds or 1-2 racks)
Head Country Championship Seasoning in the flavor of your choice—Sweet & Spicy, High Plains Heat, or Original
Head Country BBQ Sauce in the flavor of your choice—we love Original or our Apple Habanero on these ribs, and you can use our Sugar Free sauce, too

Coat the ribs in an even, generous layer of your choice of Head Country Championship Seasoning, rubbing the spices into the meat.

Add ribs to a large slow-cooker, slicing the ribs if needed for fit. Add 1/2 a bottle of your choice of Head Country BBQ sauce over the top of the ribs, reserving the remaining sauce for after the ribs finish cooking.

Cook the ribs on low for 8-10 hours—the more ribs that are cooking, the longer they need to stay in the cooker.

Carefully remove the racks and set them out, meat side up, on a foil-lined baking sheet. In a large glass measuring cup, mix the remaining half of the bottle of BBQ sauce to some of the cooking liquid left in the slow cooker. Brush ribs with this mixture.

Transfer ribs to a plate and slice between the bones. Serve with additional BBQ sauce. Enjoy!