This breakfast casserole comes bubbling out of your grill (or oven, if you choose) with rich sausage, hearty eggs, and heartwarming ciabatta bread for a brunch dish that is smoky and satisfying. 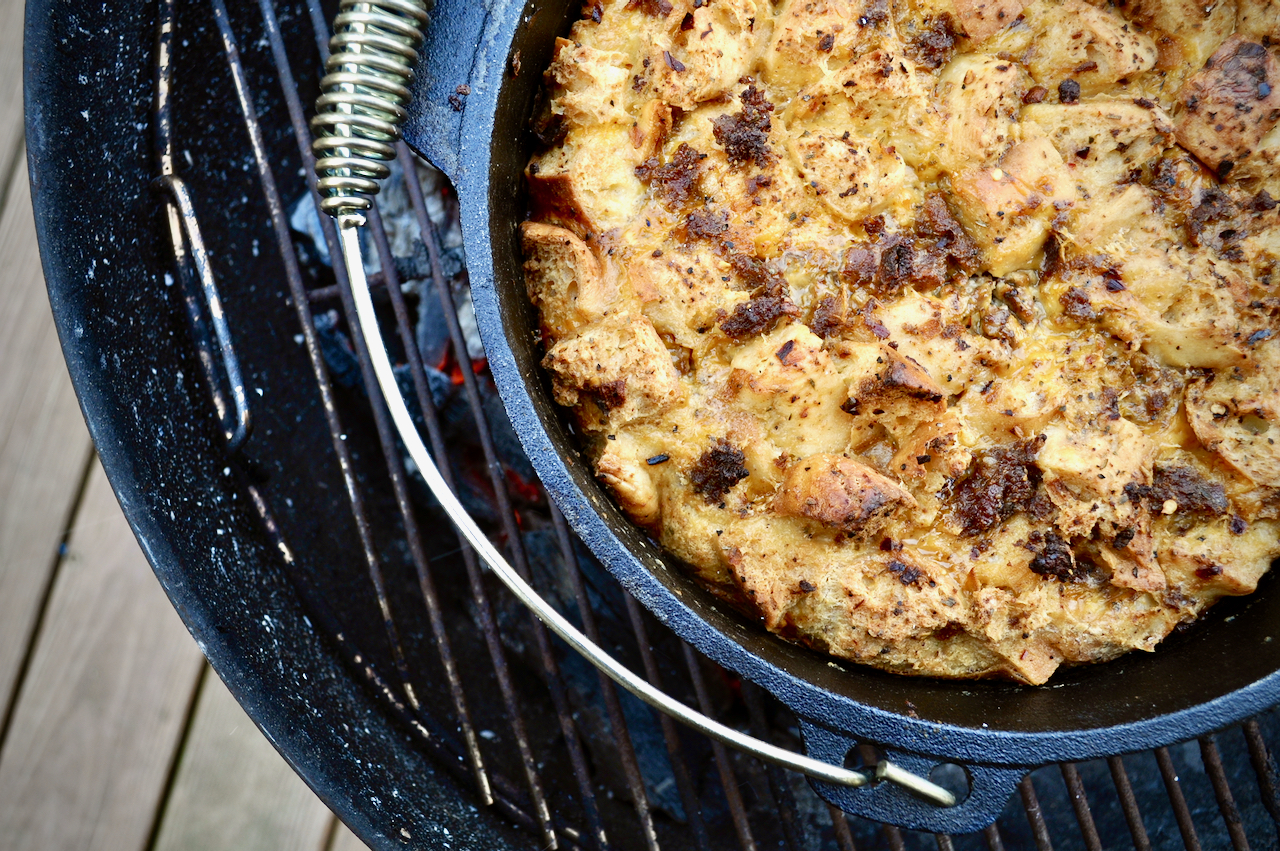 Add cubed ciabatta to a large mixing bowl. Use butter to grease a large baking pan, or a grill-safe pan or Dutch oven if you're using one.

If grilling, set grill to 325 degrees F, or create a two-zone fire by piling lit coals on one side of the grill.

In a large skillet, cook the breakfast sausage, breaking the meat apart as it cooks. Once cooked through, remove the sausage to a plate. Add onions to the same pan and season with 1 Tbsp. Head Country Championship Seasoning and a dash of salt. Cook on medium heat until beginning to brown, about 15 minutes. Add 1/4 c. of water to the pan, scraping the bottom with a spatula to deglaze.

Add sausage and onions to the large mixing bowl with the ciabatta cubes.

Gently combine the wet ingredients with the ciabatta, sausage, and onion mixture. Add more milk if mixture seems dry. Do not overmix.

If baking, cook casserole at 325 degrees F for 45-60 minutes, or until mixture is set, bubbling, and beginning to crisp on the top and edges.

If grilling, cook casserole on the indirect-heat side of the grill for 45-60 minutes, or until mixture is set, bubbling, and beginning to crisp on the top and edges. If using a Dutch oven, do not use the lid.

Allow casserole to sit 5 minutes before slicing. Serve with a green salad with radish, black pepper, and plenty of vinaigrette. Enjoy!

Featured in:
Our Ultimate List of Fall Recipes: Oven, Grilling, Slow-Cooker, and Instant Pot Recipes
You need to make these 15 BBQ recipes in your cast iron cookware