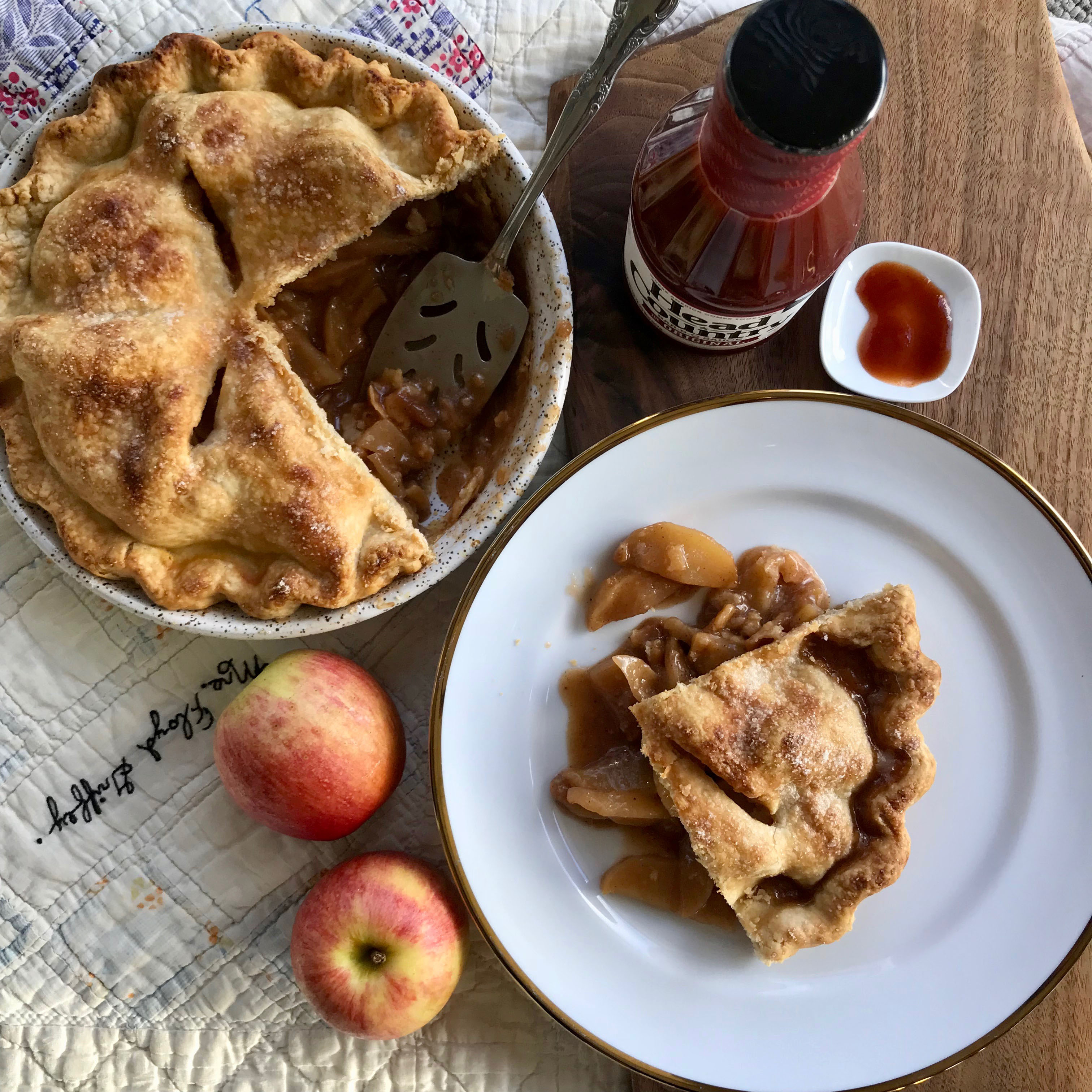 Blend flour, sugar, and salt in a large bowl. Cut the sticks of butter into ½-inch cubes and stir them into the flour mixture. Incorporate into the flour mixture with a pastry cutter, until the mixture just until it resembles a course meal. Cut in 5 Tbsp of water; add more water if the dough still seems dry. Divide the dough in two and pat each half into a disc. Using a rolling pin, roll out one of the discs onto a floured surface until it is about 11 inches in diameter. Use the rolling pin to transfer the dough into the pie plate, pressing the crust into the bottom edges of the plate. Place the dough in the refrigerator while you mix the filling.

Preheat the oven to 425 degrees F.

In a large saucepan over medium heat, whisk together the brown sugar, flour, cinnamon, and salt. Add the BBQ sauce and lemon juice and whisk until very evenly blended. Continue to heat, whisking frequently, until the mixture boils and thickens slightly. Add the apples and toss to coat. Continue cooking for about 3 minutes, stirring constantly. Set aside for about 15 minutes, stirring once or twice.

Pour the BBQ apple mixture into the dough-lined pan, mounding the apples slightly in the center. Scatter the butter slices over the fruit. Using a rolling pin, roll out the second disc of dough on a flour surface to about 10 inches in diameter. Using the rolling pin, transfer the dough to cover the pie plate. Trim the dough, press the edges together slightly, and tuck them between the pie pan and the wall of the pie. Crimp or flute the edges, if desired. With the point of a sharp knife, slash at least 3 vents in the top of the pie for steam to escape. For a picture-perfect pie, brush a wash of 1:1 egg and water over the crust.

Bake for 25 minutes, then reduce the oven temperature to 350 degrees F and continue baking for about 45 minutes longer, or until the crust is browned, the juices are bubbling, and the fruit is tender.

Serve warm or at room temperature.