There’s not much that makes people more curious than the words "bacon weave." Take that and wrap it around a mac and cheese-stuffed pork roll and it’s a return to childlike excitement with the added benefit of grown-up appreciation of all our favorite foods literally rolled into one. 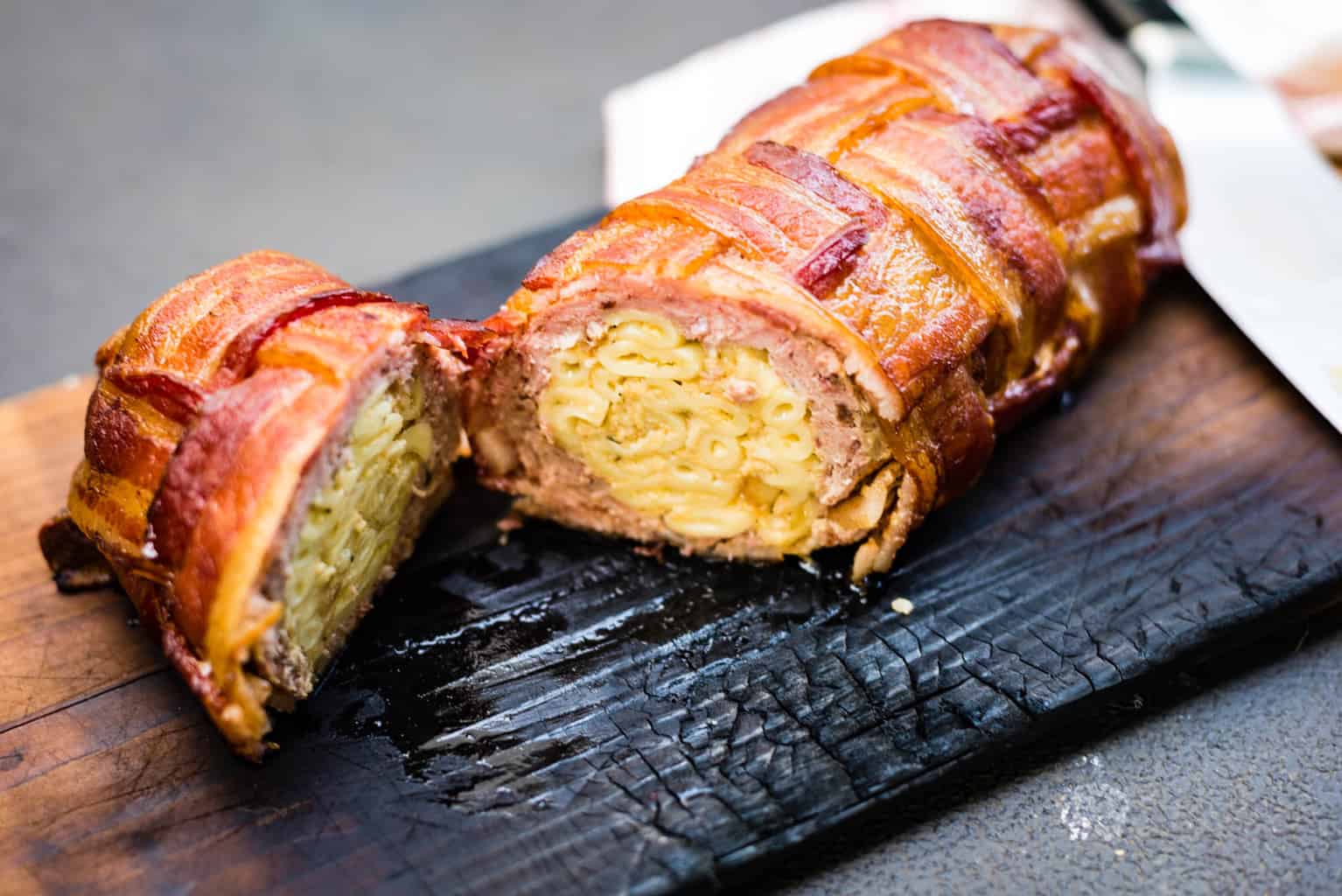 This is more than just playing with meat. Its brains and beauty combined with a bit of whiskey fueled sass combined to deliver the best content for aspiring bbq junkies and meat addicts across the globe. Kita Roberts is a meat maven who's not afraid to get a little grit under her nails and get wild with food and dive deep into the relationships that get it from pasture to plate.

"Creating the savory basket of bacon to wrap your stuffing is actually pretty easy. It seems like a craft project but don’t let that throw you off. Let yourself get transported back to art class. Once you have mastered the bacon weave, you can put your signature spin on this fatty in a thousand different ways, by seasoning the sausage or stuffing with anything you can dream up." —Kita Roberts, Girl Carnivore

First, make the bacon weave. On a clean work surface, divide your bacon into 2 equal piles. Arrange half of the strips on your work surface, length to length, forming a square. Fold back every other strip of bacon.

Starting with the reserved half of bacon, lay a strip perpendicular across the square of bacon. Fold up the previously turned-down strips to weave the first piece in place. Fold down the strips that you didn't turn down in the last step (every other one). You should start to see the weave forming.

Arrange the next slice of bacon across the square, folding the turned-down strips on top to form the weave.

Repeat these steps until all the bacon is used, adjusting the length as needed.

Next, make the BBQ pork filling. In a large bowl, combine the ground-bacon sausage with the Apple Habanero Bar-B-Que sauce and Head Country Original Seasoning. Mix to combine.

Spoon the mac and cheese into the center of the pork, leaving a 1" edge from the top and bottom.

Starting with one edge, roll the entire BBQ fatty up, making sure the bacon weave wraps with it.

Pinch the edges together along the crease and both ends. Fold the bacon in on itself to secure.

Sprinkle the remaining Head Country Original seasoning over the top.

Preheat the smoker or grill to 225 degrees F. If using a grill, set up for two-zone grilling.

Lay the bbq pork fatty, seam side down, on the cooler side of your grill or smoker. Cover and smoke until the internal temp of the pork reaches 165 degrees F and the bacon is crispy.

Remove the fatty from the grill or smoker and allow to cool 5 minutes before slicing and serving with additional BBQ sauce for dipping.